The 4 Crucial Lessons Content Marketers Can Learn from Data Journalists

It’ll come as no surprise to hear that 90% of the world’s data has been created within the last two years.

What’s more, the amount of information held globally is growing exponentially. So, that statistic is likely to be true for the foreseeable future.

Everything we do, witness and participate in - from sporting events to political battles - leaves behind a data trail. This has given rise to data journalism - something which has fed the public’s increased thirst for storytelling that’s rooted in numbers.

So, what can content marketers learn from this form of journalism?

We’ve all seen infographics that look pretty but tell a rather dull story.

Then, something special comes along, like the award-winning work by Reuters on the Rohingya Muslim refugee camps in southern Bangladesh. Picking up the gong for Best Data Visualisation at the Data Journalism Awards in 2018, the piece begins with a story about the refugee crisis and uses bar charts, interactive maps and simple statistics to give it context.

This is an example of numbers driving the narrative, rather than being used as clickbait. The stats that appear in the Reuters piece resonate with the audience because they’re linked to a newsworthy, emotive story.

2. Sticking to the numbers builds trust

Content marketers are focused on establishing brand authority and credibility and building trust with their audience.

In the era of #FakeNews, that’s becoming increasingly challenging.

Data journalists stick by their numbers, and there’s a lot to be learned from that if you’re a content marketer.

In the buildup to the 2012 US election, American statistician Nate Silver used a sophisticated computer algorithm to predict the result. And it got it right - for every single state.

This generated massive amounts of traffic to the New York Times and considerable consternation among traditional pundits who refused to believe a computer could offer better foresight than its experienced human counterparts.

FiveThirtyEight (the team behind the algorithm) subsequently made the model accessible to demonstrate how non-partisan it was. Their transparency arguably improved the public’s confidence in data and, by association, data journalism.

Sometimes, putting raw numbers before years of personal insight is the best way to go. 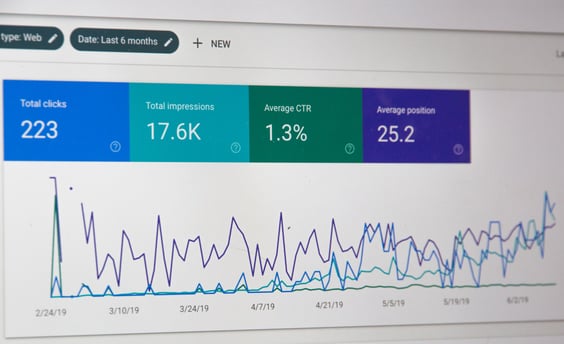 3. Numbers can be simple and beautiful

Using data in content marketing often results in pointlessly complicated pieces that are hard to engage with. Despite this, it is possible to strike a balance between complexity and simplicity.

Simple, beautiful pieces of content that tell engaging stories stand a far better chance of performing well, which is why the following approach is needed when working with numbers:

For instance, a piece of research on food allergies that presents the data by using images of ingredients will be far more beautiful and engaging than a bunch of bar graphs and long lists of respondent percentages.

4. Every company has a story to tell

It doesn’t matter which industry you’re in - you’ll have access to data that can tell a brilliant story.

You may just need to look a little deeper to find the narrative.

Take Spotify, for instance. With over 200 million users, it has masses of data that can provide insight into the types of music its audience listens to.

But is that a great story? Not really.

The New York Times saw a far better opportunity buried within that data. Their data journalists put together a brilliant piece on how American music taste has changed over thirty years.

Is that a great story? Yes!

Data journalism isn’t just about numbers; it’s about telling brilliant stories with data - and you can do precisely the same as a content marketer. 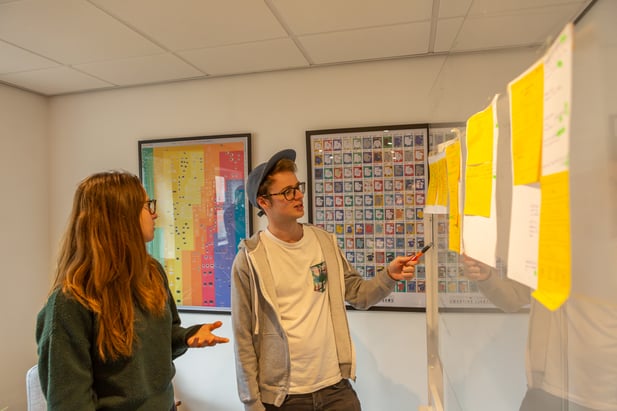