Measuring Marketing Campaigns: Why Outcomes Are More Important than Outputs

I suspect if you ask most marketers, they’ll instantly agree campaigns outcomes are more important than the outputs.

However, the way that campaigns are measured and reported often doesn’t reflect this thinking. Short term pressures, like delivering a campaign on time and in budget, mean we can all stop seeing the big picture and focus on the wrong things. We end up prioritising what we’re doing, not why we’re doing it.

The danger with focusing on outputs (the what) rather than outcomes (the why) is clear: you can get to the end of a campaign and realise that you’ve not achieved what you originally set out to do. You have a whole bunch of campaign assets, but they’ve not delivered the results.

It’s a problem formed from the best intentions, where you want to activate the campaign as soon as possible, but it can be the difference between success and failure.

Sure, you have your campaign assets, you've worked hard and put in long hours, but fundamentally it didn’t work. The focus was on what was happening, not on what it was going to achieve.

But if it’s ‘obvious’ that outcomes are so important, why is it that outputs end up being prioritised over results? 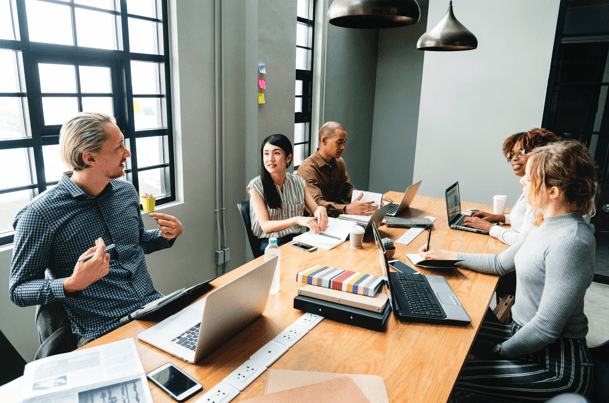 Outputs are easier to measure

Seeing how many blog posts are created as part of a campaign or how many social media posts were published is an easy number to measure. Analysing the impact of the blog posts on lead generation is harder, especially as a single piece of content can be one of many influencing factors leading to a conversion.

Nevertheless, establishing the connection between marketing performance and business value is necessary. It’s much easier to cut budgets for initiatives that aren’t seen as critical to business results.

Make the investment to link your marketing metrics to your sales and customer data, so you can understand the connection today and hypothesise how to improve it tomorrow.

Outputs are easier to plan

Most campaign plans start by setting the objective, such as ‘generate 100 new enquiries from UK-based, HR managers in the next three months'

They don’t start by saying: We need an eBook for HR managers

However, during the campaign process, the thinking often slips from the objective to focussing on the asset. The reason for this is that delivering the eBook is a more manageable  process than delivering on the goal.

Priorities switch from the goal to writing the copy, developing the design and creating the landing page for the eBook. And, while these activities do all need to take place, they typically happen without reference back to the goal.

Measuring outcomes means you can ‘fail’

If you have an asset list of deliverables for a campaign (two eBooks, one webinar slide deck, a microsite and an interactive infographic), it’s black and white whether you created them all or not. Yes it’s possible to fail, but with a considered plan it’s unlikely.

When your focus is on the outcome, it’s possible that you can do your very best and still not meet the goal. In this situation, rather than fearing failure embrace it. When you realise that it’s not going to achieve the outcome, switch the focus of the activity and use it as an opportunity to learn what doesn’t work.

It’s important to realise that increasing marketing outcomes might not automatically result in business results, which exposes the limitations of any metric.

Metrics and outcomes also have limitations

On a somewhat contrary note, measuring outcomes themselves also have some limitations.

In the broadest sense, marketing metrics (the outcomes) are just indicators that you’re having engagements. Website traffic, form submissions and social media clicks are all signals that people are engaging with your content.

Engagements cannot be measured by the numbers alone because the numbers cannot tell you everything – they don’t tell you the reason behind the metric. For example, someone receiving an email newsletter might be a disgruntled current customer. They only opened the newsletter because they’re currently disappointed in your performance and are annoyed that they’ve received a newsletter when a current issue is not resolved. Your open rate does not tell this story.

However, combining the outcomes with qualitative data, such as customer feedback and verbatim responses from people that have engaged with your campaign can help you realise a more complete picture and understand what is really happening.

To succeed and achieve your desired outcomes, you will need to create outputs. It’s just important to realise that the outputs are not the end in and of themselves, they’re the means to the end. And, to understand what the end means, align it with the words, thoughts and sentiments of the people that engage with your work.